As soon as the calendar flips December, the whole world focuses on giving gifts. Whether it’s a birthday gift, a holiday present, or even an apology gift, who doesn’t love being on the receiving end of gift-giving?

Gift-giving is a beautiful universal act, a way to express our feelings whether they’re feelings of love, joy, appreciation or gratitude for another person. Not only that, but it also cements cultural traditions and social ties among friends, family and neighbour.

Let’s explore the different gift-giving cultures around the world and the traditions that go along with them.

1.Gifting in even numbers in China

Chinese New Year is the biggest celebration in China that lasts for about 2 weeks, and begins on the new moon that appears between 21 January and 20 February. During the festivities, gifts are given wrapped in red wrapping paper or money is put in a red envelope because red is associated with wealth and prosperity. They avoid gifting anything in black, white or blue as these colours are associated with death and funerals.

Chinese are also very mindful of the gifts they give. Often times, they’ll spend a lot of time thinking about what would be the perfect gift for the person they’re trying to thank. This often results in gifts that are both unique and meaningful to the recipient.

2. An unusual souvenir in Italy

In Italian weddings, there’s a tradition where the groom’s tie is cut into many pieces and the guests buy these pieces in exchange for money given to the bride and groom. In many parts of the world, money is given to the newly weds as a wedding gift in Italy, this is considered a fun way to gift money to the bride and groom to help them start their life together. The guests get to keep the pieces they bought as souvenirs.

The Japanese place high value on presentation and not only content, so gifts should be nicely wrapped.
A popular celebration in Japan is a festival called ‘seven-five-three’, which is held every year when Japanese children at the ages of 3, 5 and 7 are taken to a shrine and then given special sweets by the priest. This is done as a way to give thanks for the children reaching that age because a long time ago, children died before the 3rd, 5th and 7th birthdays, so they get to celebrate their birthday twice in one year!

4. Graciousness and generosity with gift giving the Middle East

Arabs are well-known for their hospitality, politeness and friendly-nature, which is why sticking to their gifting traditions is an important part of their culture. Occasions including birthdays, marriages or even religious occasions like Ramadan, Eid or the prophet’s birth are all celebrated with family and friends.

What really fosters the atmosphere of celebration and giving in the Arab world is the fact that they have big extended families with strong ties. There is no such thing as celebrating on your own or with just a few close friends. In countries like the UAE, it’s practically impossible to have a small wedding with only 100-200 people. Elaborate and expensive gifts given represent closeness, respect and appreciation.

5. Thoughtfulness with an aesthetic and cultural value gift in France

In France, the aesthetic and cultural value of a gift is more important than its price or brand. Esoteric books and music are often considered as very thoughtful gifts in France, along with chocolates, flowers or liqueur. Wine is often considered as an inappropriate gift, as most hosts prefer to choose their own wine for meals in France.

6. Día de Los Muertos (Day of the Dead) in Mexico

In the Mexican culture death is viewed as a natural part of being human, and the Mexican holiday Día de Los Muertos (Day of the Dead) is an annual celebration when friends and relatives come together to pray for and remember those who have passed. Most of the families come together and set up altars. These alters are filled with pictures, offerings, and mementos of their loved ones. They also hang papel picados — elaborately cut, rainbow-colored paper banners. People often paint their faces with sugar skull designs, honouring their loved ones. Not only this, but families usually make a trip to the cemetery to spruce up their loved one’s memorial.

7. Lighting it up in India

Diwali or festival of light is a 5-day festival that’s celebrated each year in India.  It’s considered to be India’s biggest and most important holiday of the year. It marks the celebration of good over evil. Friends and relatives exchange gifts on the 4th day. Gifts associated with this festival reflect joy and splendor. They include flowers, new clothes, gift hampers, traditional Indian sweets and much more.

Sweets are often considered as an appropriate gift for any occasion in India, as boxes of sweets are often exchanged among family and friends on festivals. So, if you want to send gifts to India you can always choose one of these options.

The different cultures of gifting all over the world have major differences because of the wide range of beliefs and cultural associations attached to them. However, the aim of exchanging gift is to express love and affection, remains unchanged in spite of the numerous differences of tradition and customs. So, let us know if you celebrate any of these festivals and do you indulge in gifting or forego of these traditions altogether?

Let us know in the comments below. 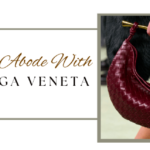 Luxury Abode with Bottega Veneta: The magic of weaving! 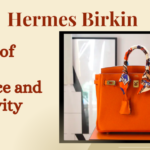 Hermes Birkin – A symbol of Wealth, Affluence and Exclusivity 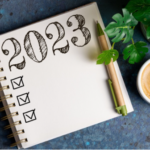 New Year Resolution!
Significance of Different Gifts in the Wedding! 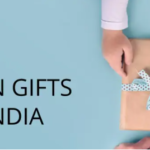